Love, Death, and Robots: The Cursed Immortality of Pop Squad 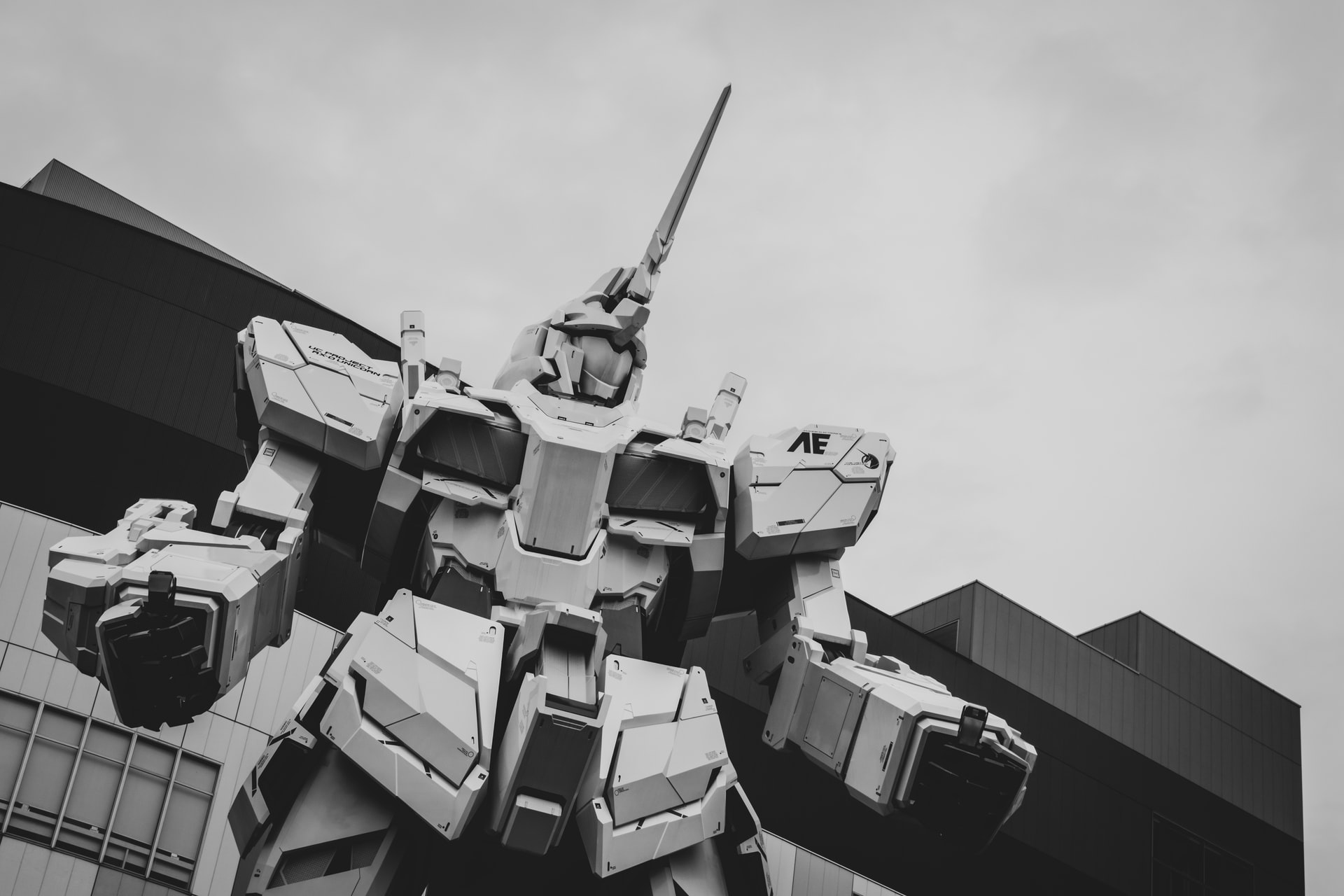 Immortality is an idea that at least a couple of recent shows have explored. Many times it ends up being presented as something that is problematic and something that should not be pursued or desired for various reasons. This is a challenge to the Christian worldview whose whole goal is to lead people to eternal life, or an immortality that is desirable.

There is a great little series on Netflix called “Love, Death, and Robots.” One of the episodes in the latest season entitled “Pop Squad” explores this issue of immortality. Humanity has found a way to live forever (sort of, you can still die if someone shoots you for example) with a treatment called “rejoo.” Since no one is dying this then leads to the problem of overpopulation. In order keep the human population under control law enforcement tracks down and kills any offspring that are not registered. Or to put it more bluntly, they kill the babies. The price for immortality then is the ability to have children.

The protagonist in this episode is Briggs, who is a cop that is charged with fighting the scourge of overpopulation. Eventually the human toll of his work begins to haunt him and get the better of him. He ends up tracking down a woman who has an unregistered daughter, a toddler (you can watch the episode yourself for all the details as to how he gets to that point). He has a conversation with the woman who explains to him how much joy her daughter brings her and how much life she sees in her daughter’s eyes. She says that Briggs’ eyes seem dead to her. In the end this interaction with this woman and her daughter appears to change Briggs’ mind about what he is doing, or at least presents a significant challenge to his rationale for carrying on his work.

As he leaves he meets one of his fellow cops who is also charged with controlling overpopulation. When they hear the toddler cry they both pull their guns and shoot and kill each other. Briggs seems glad that the end has finally come.

There are many elements and themes in this episode, but for the purposes of this post I wish to discuss how it presents immortality.

Immortality is presented as something that is problematic. For one, it leads to the problem of overpopulation. The overpopulation problem then leads to the problem Briggs has, namely, the toll that his job takes on him because he has to kill children to keep the population in check. For another, many people seem to be using their immortality to fuel their hedonistic desires. For example, Alice, who is Briggs’ love interest in the episode, spends 20 years perfecting a solo just to perform and get the praise and adulation of her audience. No one appears to have used their immortality to find a way to grow food more efficiently and with less resources. Or to have explored or developed space flight technology so that new worlds could be found that could be inhabited by humans. Or to have developed terraforming technology so that planets could be adapted to support human life. Or any number of other options that would have allowed the population to increase and eliminate the need for infanticide.

In contrast, Christianity presents immortality as something that is good and desirable; Christian immortality is not fueled by hedonistic desires. A hedonistic immortality, like the one in “Pop Squad” is one that is imagined in a soul that is ruled by the senses. A soul that is ruled by the senses is incapable of imaging or grasping anything spiritual because the senses rule the νοῦς (nous). That is, everything, and I mean literally everything, even spiritual things like the afterlife, are bent to serve the senses and make the physical body feel good. This was also the problem with the Good Place in the series “The Good Place:” it was just unlimited hedonistic pleasure. In both of these scenarios the only solution to the problems of a hedonistic immortality is “death” in one form or another.

What is the nous?

Basically, the nous refers your spiritual faculty or spiritual perception. It is usually translated as “mind” in many English translations, but “mind” doesn’t really capture what the word actually means. For example, in Romans 12.2 Paul instructs his readers to not be conformed to the pattern of this world, but to be transformed by the renewing of their minds (nous). Why? So that they might be able to discern what the will of God is; the things that are good, acceptable and perfect to him. In other words, your nous needs to be renewed so that you can understand the spiritual things that God wants to teach you. How do you do that? Be humble (Rom 12.3). Love sincerely (Rom 12.9). Show honor to each other (Rom 12.10). Bless those who persecute you (Rom 12.14). And all the other commands and injunctions in the chapter. So, if your senses are ruling your nous you will not be able to understand or do any of these things.

In Christianity one of the first steps of spiritual progress is to destroy and break the hold that the senses have on the nous so that the nous can be strengthened (illumined is the proper term) and rule over the senses. Once the nous is restored to its proper place of ruling the senses the Christian can begin to experience freedom from hedonistic desires. For sure, you will still experience physical desires, like hunger and need to eat, but you will no longer be a glutton. That is, you will recognize when you need to eat and you will eat in order to provide your body with the nutrients it needs to function. You will not get angry because you were craving steak, but instead had to eat fish. You will recognize that both are useful and sufficient to provide your body with nutrients. You will eat to live, not live to eat. This is what happens when the nous rules the senses: the physical desires are only indulged insofar as it useful and necessary for the functioning of the body.

Those who inherit eternal life are not hedonists. Those who will inherit eternal life and live in the new heavens and new earth will be ruled by their nous, and not by their senses. Many of the evils that we experience today are the result of people acting on their feelings and desires. Someone wronged us or hurt us, and so we in turn wrong or hurt them. Or we take out our anger on someone else who was not involved. Then they go and hurt someone. And so on and so on in a never ending cycle of pain and violence. One reason why I think that righteousness will dwell in the new heavens and new earth (2 Peter 3.13) is because those who are populating it will not perpetuate a cycle of suffering because they will not be ruled by their desires and feelings. Hedonism and the evils it causes will have passed away (Revelation 21.4).

It is telling, I think, of where we are at as a society when our visions of the afterlife are hedonistic affairs. That if somehow if we could live forever that seeking our own pleasure above everything else would somehow make things better. If that is indeed what awaits in the afterlife I suspect that we will soon be longing to somehow escape it.

It is also telling, I think, that someone can slap “Christian” in front of hedonism to describe their faith when Christianity has always taught asceticism, which is opposed to hedonism. Ascetism, in the Christian tradition, is basically only giving your body what it needs to function properly and not giving it anymore than that. Christianity is not about seeking pleasure. Christianity is about seeking holiness, about becoming more like Christ. Sometimes that means doing things that don’t feel good or that you don’t want to do. A lot of times Christianity does not feel good, but ultimately it leads you to something good. It is by denying ourselves that we are able to follow Jesus and inherit eternal life:

If anyone would come after me, let him deny himself and take up his cross and follow me. For whoever would save his life will lose it, but whoever loses his life for my sake will find it. For what will it profit a man if he gains the whole world and forfeits his soul? Or what shall a man give in return for his soul? For the Son of Man is going to come with his angels in the glory of his Father, and then he will repay each person according to what he has done.

Photo by Ben Lei on Unsplash

Tom Ferguson ThM 2018, Dallas Theological Seminary
Previous Is the love of money the root of all evil?
Next The Seriousness of Heresy

What does "the spirit is willing, but the flesh is weak" mean?
The Counterfeit Salvation of the Ori
What does the Bible say about how we are "saved?"
How did Jesus reconcile us to God?
What is salvation in Christianity?