Hope in a Hopeless World 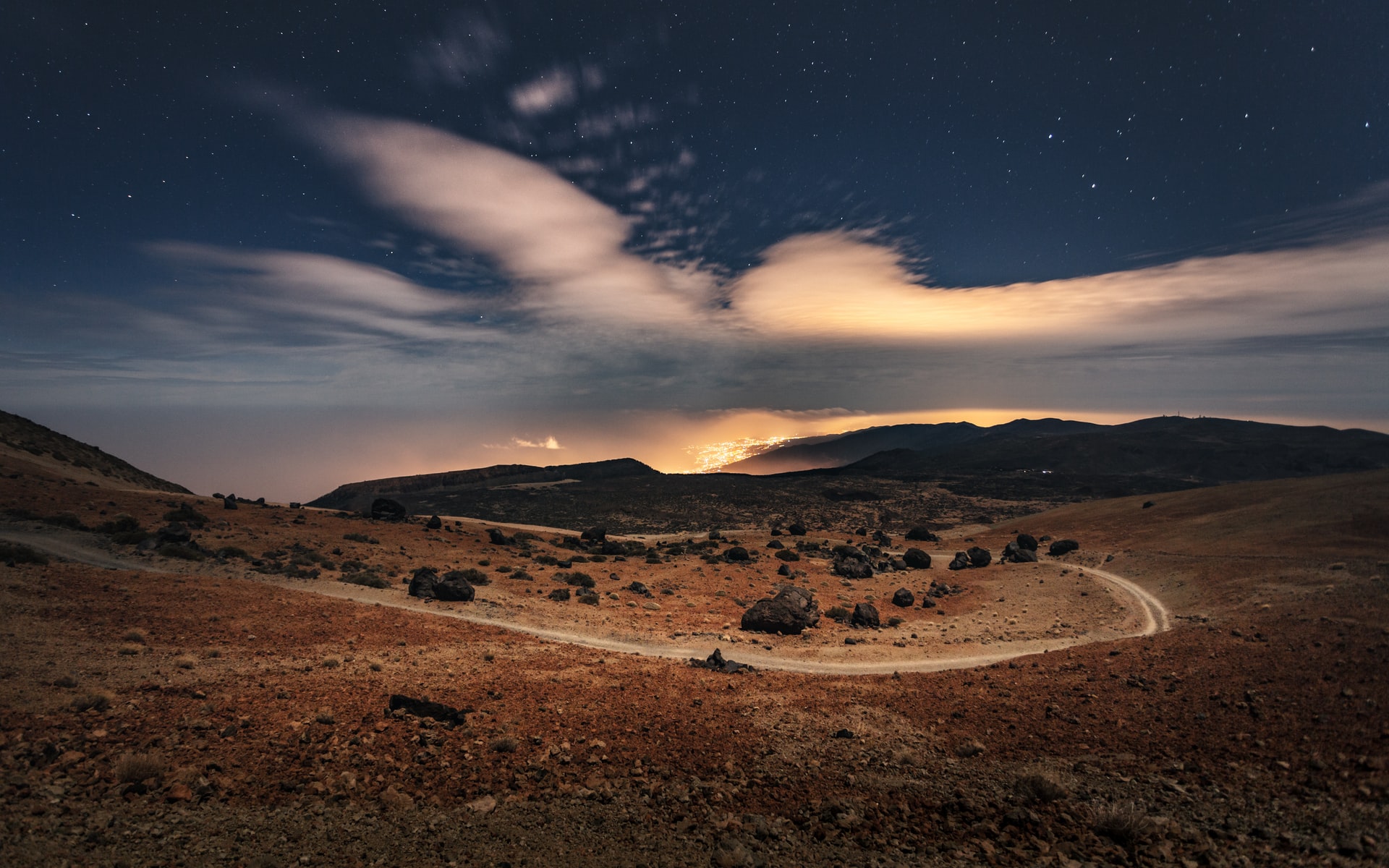 How do you maintain hope in the midst of hopeless circumstances?

One of the themes of many sci-fi stories is that the future of humanity, our hope, lies in the exploration of space and the eventual colonizing of other worlds. I suppose that the basic thought underlying this hope is that as a species we are vulnerable if we only exist on one planet. There are any number of things that could potentially happen that could wipe out life on earth, and if life on earth is wiped out then we as a species cease to exist. So in order to ensure the survival of our species we need to colonize and populate other worlds.

But what if we never make it that far? What if you are a witness to the extinction of humanity and find yourself as one of the last remaining humans? This is the situation that the characters in the film 3022 find themselves in. The story is set in 2190 and humanity is starting to colonize Europa, one of Jupiter’s moons, as its first off world colony. It takes place mainly on the space station Pangea, which is a fueling station for the engineers traveling between Earth and Europa. The crews manning the station consist of 4 people who serve for 10 years before being relieved by the next crew. There have already been 2 crews who have served their 10 years terms on Pangea: the first from Russia (2170-79), the second from China (2180-89). The story follows the third crew from the U.S. which begins its ten-year term in 2190. The colony on Europa does not appear to be complete and there appears to be no one living on it. However, it does appear to be technically livable though it would be challenging to do so.

About halfway through their ten-year term the mental state of the U.S crew begins to deteriorate and the doctor recommends the captain be replaced because he has become unfit for duty. However, before he can actually act on that recommendation the station gets hit by a shockwave. At the time the crew had no idea that it was a shockwave, nor did they know what caused it. They do know however that the station is damaged and they cannot contact Earth. Eventually a shuttle arrives carrying 3 (French, I think) crew and they inform the crew that Earth was destroyed by some sort of cataclysm that literally blew up the planet. They then realize that the 5 of them (2 of the original 4-man U.S. crew had died by this point in the story) are all that is left of humanity. Some drama happens (which I’m omitting for brevity’s sake) and the 3 members of the shuttle crew are killed and the station ends up being separated in 2 with a U.S. crew member in each side. Eventually the captain, who was on the side where the shuttle docked, repairs the shuttle and finds the other half of the station where his other crew member was. He flies out to the station, enters it, and reunites with her. The film does not say what they did after they reunited, but I suspect that they lived out the rest of their days aboard the station together, and when they died humanity died with them.

While this is admittedly a rather extreme case of a hopeless situation I am willing to bet that many of us have experienced at least some degree of hopelessness in our lives. Most of us have had those situations where we were looking forward to something, or expecting a reward from something, or expecting something to happen and we never received whatever it was that we were expecting. Maybe we were hoping to complete a degree program, but we were forced to withdraw from it. Maybe we were expecting to be married to our spouse for the rest of our lives, but they are unfaithful and the marriage ends in divorce. Maybe we were hoping for a promotion, but we get passed over for it, again. Or any number of other situations that can cause us to feel hopeless. It is in these situations when we can begin to wonder why we should even bother to put in all the effort into something if it can just be destroyed.

The film really presents two options for dealing with a hopeless situation. One of these options is to get out of it via death. In the film the doctor actually chooses this option and pushes himself out of an airlock into space where he dies. In reality some people actually do choose suicide to get out of a hopeless situation. No words of mine could possible express how unfortunate it is when this does happen, but it does happen. And not only does it affect the family of the victim, but it could also inspire others who are in a similar hopeless situation to do the same. In fact, in the film the doctor’s suicide actually inspires one of the remaining crew members to do the same and she tries to convince the captain to join her and kill themselves together. She is not successful and they both remain alive at the end of the film.

The other option that the film presents is to find something that brings you hope and pursue it until you have it. This is the option that the captain and his remaining crew member ultimately take. When the station is separated and they are each locked in one side each one of them continues living in the hope that they will be reunited with the other. The captain does the job of continuing to work on the shuttle despite the fact that he has no idea how it operates or how to fix it. Eventually he is able to get it fixed and running and finds his crew member, alive, in the other half. Each of them were hoping to see the other again and they held onto that hope until it was realized.

This second option is actually not too far off from what the Bible says about dealing with hopeless situations. However, there is one crucial difference: from the Christian point of view everything that we do is ultimately hopeless because it will someway, somehow be destroyed eventually. So the hope that Christians (should) pursue and hang onto is hope in eternal and heavenly things.

Since all these things are thus to be dissolved, what sort of people ought you to be in lives of holiness and godliness, waiting for and hastening the coming of the day of God, because of which the heavens will be set on fire and dissolved, and the heavenly bodies will melt as they burn! But according to his promise we are waiting for new heavens and a new earth in which righteousness dwells.
2Peter 3.11-13

Then I saw a new heaven and a new earth, for the first heaven and the first earth had passed away, and the sea was no more. And I saw the holy city, new Jerusalem, coming down out of heaven from God, prepared as a bride adorned for her husband. And I heard a loud voice from the throne saying, “Behold, the dwelling place of God is with man. He will dwell with them, and they will be his people, and God himself will be with them as their God. He will wipe away every tear from their eyes, and death shall be no more, neither shall there be mourning, nor crying, nor pain anymore, for the former things have passed away.”
Revelation 21.1-4

What all these passages have in common is a recognition that ultimately everything will be destroyed and that should change our perspective or motivate us to change our behavior. We should live a holy and godly life so that we will live in the new heavens and new earth. When we die it is not the end of our existence, but instead we go to be with God. Christian hope is not limited to this life; it is hope beyond this life. It is hope that after this life ends, whether for us individually or corporately for all humanity, that all will finally be set right.

One of the issues that I have with the hope in the film is that the hope that is found is only good for this life. Once the last humans die there is no more humanity. All that being together with each other is going to do is basically just numb the pain until they both die. There is nothing presented or mentioned about an afterlife. This, in my opinion, is not true hope.

True hope provides a remedy to the situation. For the Christian their true hope is ultimately in the world to come. In the new heavens and new earth. Where righteousness dwells. Where death, pain, crying, and mourning are no more. Where we will see God and reign forever and ever (Revelation 21.4-5). But this isn’t something that you can just say to someone who is feeling hopeless. And if you do you will probably just make the person more angry. It is something that must be cultivated over time, so that when something does happen you do not fall into some spiral of hopelessness, but you are able to push through and eventually overcome it because you recognize that there are rewards far greater awaiting you in heaven and in the new creation.

Next week I intend to follow this up with a look at how Christians arrive at the conclusion that everything we do will be destroyed and why that motivates us to seek eternal things that will not be destroyed.

Photo by Marek Piwnicki on Unsplash

Tom Ferguson ThM 2018, Dallas Theological Seminary
Previous A brief overview of Ecclesiastes
Next Is the love of money the root of all evil?