What does "the spirit is willing, but the flesh is weak" mean? 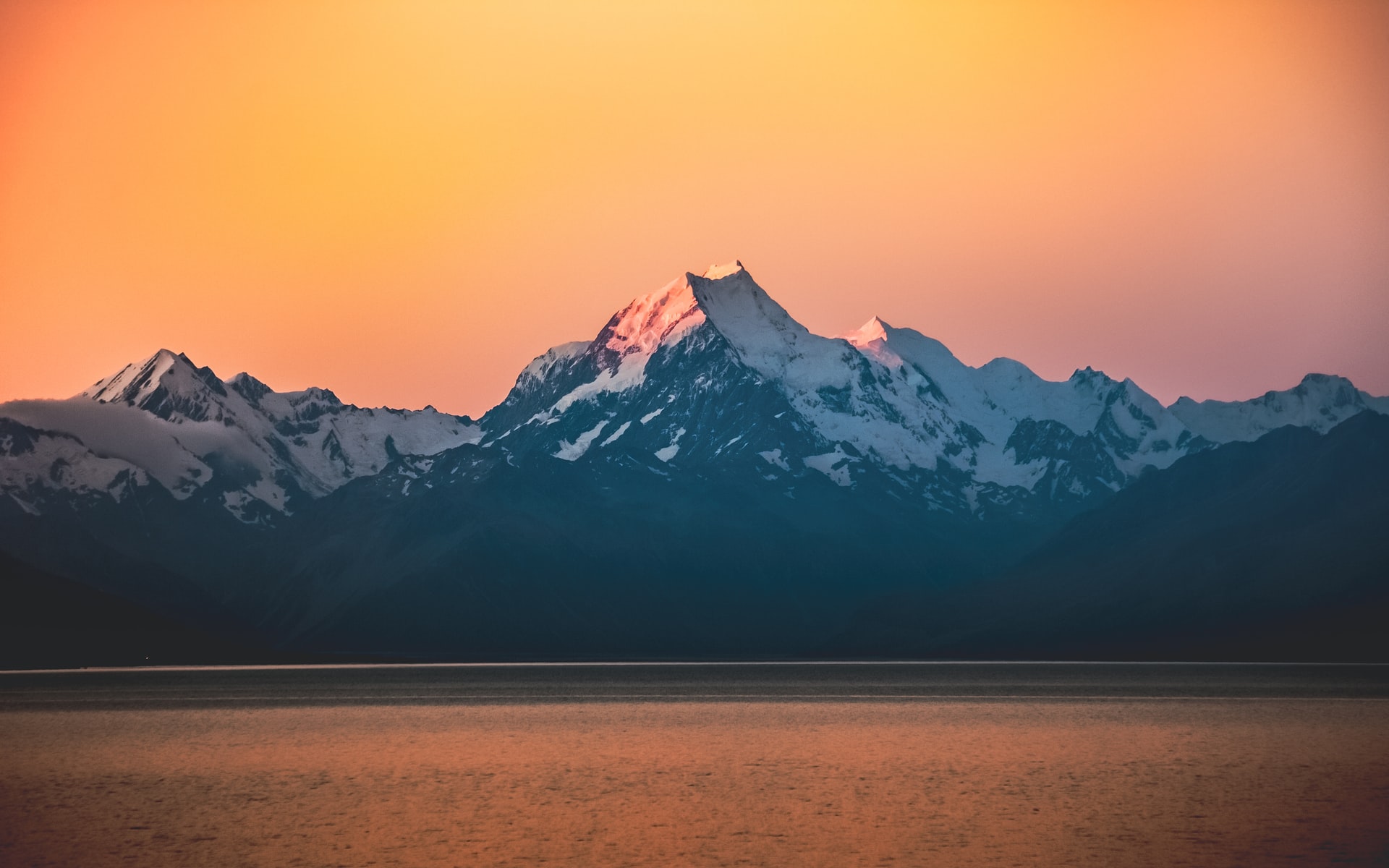 The phrase, “The spirit is willing, but the flesh is weak” is, I think commonly understood to mean that someone wants to do something but is unable to due to physical limitations. However, I think there is more to the phrase than denoting mere physical inability.

When the phrase is used in the Bible in Matt 26.41 and Mark 14.38 it seems that it is most often interpreted to mean that Peter and those who were with him were physically tired and unable to pray as Jesus commanded them to. There is nothing inherently wrong with interpreting it that way, but I think that there is more going on here than simple physical tiredness and sleepiness.

First, Jesus finds his disciples sleeping. The Greek word used here is from καθεύδω (katheudō) which most of the time does refer to the act of physically being asleep (e.g. Matthew 13.25, Mark 4.27). However, sometimes the word is used figuratively to refer to some who is spiritually indolent, or indifferent (e.g. 1 Thess 5.6, Ephesians 5.14). Usually, context will tell you which meaning is intended, however, the context for this incident is not entirely clear. They have just eaten the Passover meal and could very well indeed be tired from all the carbs and fat and wine they consumed. However, Jesus has also foretold his disciples they will abandon him and that Peter will deny him. So, we have both the physical situation as well as the spiritual situation of the disciples being described for us. I think that both meanings are intended here. It is often the case, I think, that the Gospels use physical events and occurrences to describe spiritual realities and truth. In this particular case the physical tiredness of the disciples points to their spiritual weakness, which will soon be revealed.

Next, Jesus says (to Peter)1 “Were you not able to watch one hour with me?” The word “able” (or “couldn’t” in most translations because it is preceded by a negation) is from the verb ἰσχύω (ischyō), which has the basic meaning here of having the personal resources and abilities that are needed to accomplish something. There isn’t a whole lot of hidden meaning here. The disciples said not too long ago that they were willing to die with Jesus, but now by asking them this question Jesus is pointing out to them that they cannot even stay awake and pray with him for one hour, let alone remain with him through the events that are about to transpire.

Then, after admonishing his disciples to watch and pray that they do not enter into temptation, Jesus says to his disciples, “The spirit is willing, but the flesh is weak.” There are couple of issues here. First, is to determine what “spirit” and “flesh” refer to. The word for “spirit” here is πνεῦμα (pneuma) which is used frequently in the New Testament and has a wide range of meaning. Here it most likely refers to the inner motivation of the human person. It is contrasted here with “flesh” which is from σάρξ (sarx), which is also used frequently and has a wide range of meaning. Here, I think, it is referring not only to their physical bodies with their limitations, but also to their physical bodies as the place where sin dwells and dominates.2

The second issue is to determine what “willing” means and implies about the spirit. The word “willing” is from πρόθυμος (prothymos), and refers being eager, ready, or willing to serve. In this particular context the service that it is eager and ready to do is to keep watch and pray with Jesus.

As a brief side note: It should not come as a shock that the inner motivation of a human person can be good. A common misconception about Christianity, even among Christians, is that we believe that there is no good in us. What this really is, I think, is a misunderstanding of what is meant by the doctrine of “Total Depravity.” Total Depravity does not mean that we are incapable of doing anything good. What it means is that the effects of sin have spread to every part of our being (hence, “total”); there is not one aspect to our being that has not been corrupted by sin. It does not mean that we are naturally incapable of doing or desiring anything good apart from God. All humanity was made in the image God (Gen 1.27). At the Fall that image was corrupted, not erased. We are not therefore incapable of doing or desiring anything good. We are simply corrupted and unable to do or desire all the good things that we should without God’s help.

The third issue is to determine what “weak” means and implies about the flesh. The word “weak” is from ἀσθενής (asthenēs) and refers basically to lacking strength or power. This could be from an illness (e.g. Acts 4.9), from a physical limitation (e.g. 2 Corinthians 10.10), from being ineffectual (e.g. Hebrews 7.18), or it could refer to a weakness of faith (e.g. 1 Corinthians 8.7). In this case I think the weakness of the flesh is from both physical limitations and a weak faith. I think anyone who has ever eaten a large meal and had at least a little alcohol with it knows how sleepy you get afterwards. The disciples are probably no doubt feeling these effects. However, a few verses earlier Jesus also predicted that the disciples would abandon him and deny him, which will be fulfilled a few verses later, indicating that their faith is also not strong.

The idea then with the contrast here is that while the inner desires of the disciples are in the right place and they desire to keep watch and pray with Jesus, the limitations of their physical bodies prevent them from fulfilling those desires. The dominant physical force preventing them from doing what they desire is most likely the after effects of eating a large meal. However, this physical event points to their weak faith. The disciples said that they were “willing” to die with Jesus, however, their faith is not strong enough to enable them to follow through on this commitment.

There is still more that indicates, I think, that more than physical sleepiness is being described here. After exhorting the disciples to keep watch and pray Jesus goes away and prays a second time. When he comes back the disciples are again sleeping (katheudō). This second time we are told the reason why they were sleeping was because “their eyes were heavy.”

The word for “eye” is from ὀφθαλμός (ophthalmos) which can refer to both the physical organ of sight (e.g. 1 John 1.1) or to mental/spiritual understanding (e.g. Mark 8.18). Yes, this is also where we get the word ophthalmologist from. In any case, as I’ve attempted to show throughout this post, we seem to have both physical and spiritual realities being described for us in this passage. The disciples are physically tired, yes, but they are also spiritually weak and are not aware of what is about to happen.

The word for “heavy” is from βαρέω (bareō), which can refer physical weariness (e.g. Luke 9.32) as well as a mental or psychological condition (e.g. 2 Corinthians 1.8). Both meanings are, I think, intended here. The disciples are physically tired from the Passover meal, but they are also spiritually weak and not aware of what is happening. That is, their spiritual sight is blind and they are unable to discern what is actually going on. The text does not say specifically what it was that blinded the spiritual faculties of the disciples; it simply states that whatever the cause was, they were blind to what was transpiring on a spiritual level.

I have attempted to show here that I think there is more being referred to than mere physical tiredness in the phrase, “The spirit is willing, but the flesh is weak.” When the larger context of the passage is taken into account I believe that spiritual weakness is also being referred to. Immediately before these events the disciples say that they are willing to die with Jesus. Immediately following these events the disciples abandon him (Matthew 26.56) and Peter denies him (Matthew 26.69-75). We have spiritual realities being described both before and after this passage, so it seems only natural, I think, to consider the passage in between to also describe spiritual realities in addition to physical realities.

On a practical level, I think, a lot of (American) Christian theology and Bible interpretation is prone to extremism. Meaning, there seems to be a tendency to interpret passages on a purely physical level or a purely spiritual level. A particular passage or life event is taken either to be referring to only physical reality and therefore cannot possibly have any spiritual significance. Or, taken to refer only to a spiritual reality and the physical world and its limitations could not therefore have any possible effect on the incident(s).

This extremism can be dangerous when it comes to guiding people through certain circumstances. Depression, for example, if taken to be a purely spiritual phenomenon whose “solution” is therefore in some sort of spiritual exercise will most likely get worse. On the other hand, if depression is taken to be a purely physical phenomenon and the spiritual side of it is ignored the person is likely to be worse off in regards to their faith than before. I have experienced depression and I can tell you that in order to treat it properly you must address both the physical and spiritual sides of the condition. Favoring one to the exclusion of the other will ultimately result in more harm than good done to the person suffering from it.

In regards to this incident I think it would be a mistake to say that the failure of the disciples was due to mere physical limitations and the after effects of eating a large meal. Their faith is also weak and that weakness is exposed a few verses later. It is, I think, more a spiritual failure than a physical failure; they could have pressed through their tiredness if they were spiritually “awake” and able to discern what was going on. Notice, I said they could have “pressed through” their tiredness, not somehow magically negated the effects of the biological processes that come from digesting a large meal. Physical limitations and weakness are not an excuse for spiritual failure. Just because they were tired from eating a large meal does not excuse their subsequent abandonment of Jesus. Spiritual weakness is not an excuse for physical failure. Just because the disciples are not aware of what is happening on a spiritual level does not excuse their giving into sleep.

Finally, I think it is important to note that Jesus does not condemn the disciples for their failures in this incident. In fact, later on Jesus will restore them, even Peter, to a right relationship with him. Your failures, whatever they might be, do not give anyone the right (including yourself) to condemn you. Recognize your failure, learn from it, repent of it, and get back on the path of following Jesus.

Photo by: Marek Piwnicki on Unsplash

Tom Ferguson ThM 2018, Dallas Theological Seminary
Previous The Seriousness of Heresy
Next The Counterfeit Salvation of the Ori

How to get into a daily Bible reading habit
What does it mean to rightfully divide the word of truth?
What does it mean to look lustfully at someone?
What are spiritual gifts?
Is God's justice punitive? Or restorative?
A brief discussion of how Bible translation actually works
A brief overview of Ecclesiastes
Is the love of money the root of all evil?
The Seriousness of Heresy
What does "the spirit is willing, but the flesh is weak" mean?

What does the Bible say about how we are "saved?"
The Counterfeit Salvation of the Ori
How did Jesus reconcile us to God?
What is salvation in Christianity?
What do Christians believe about the Bible?