We must always choose the path that leads to growth 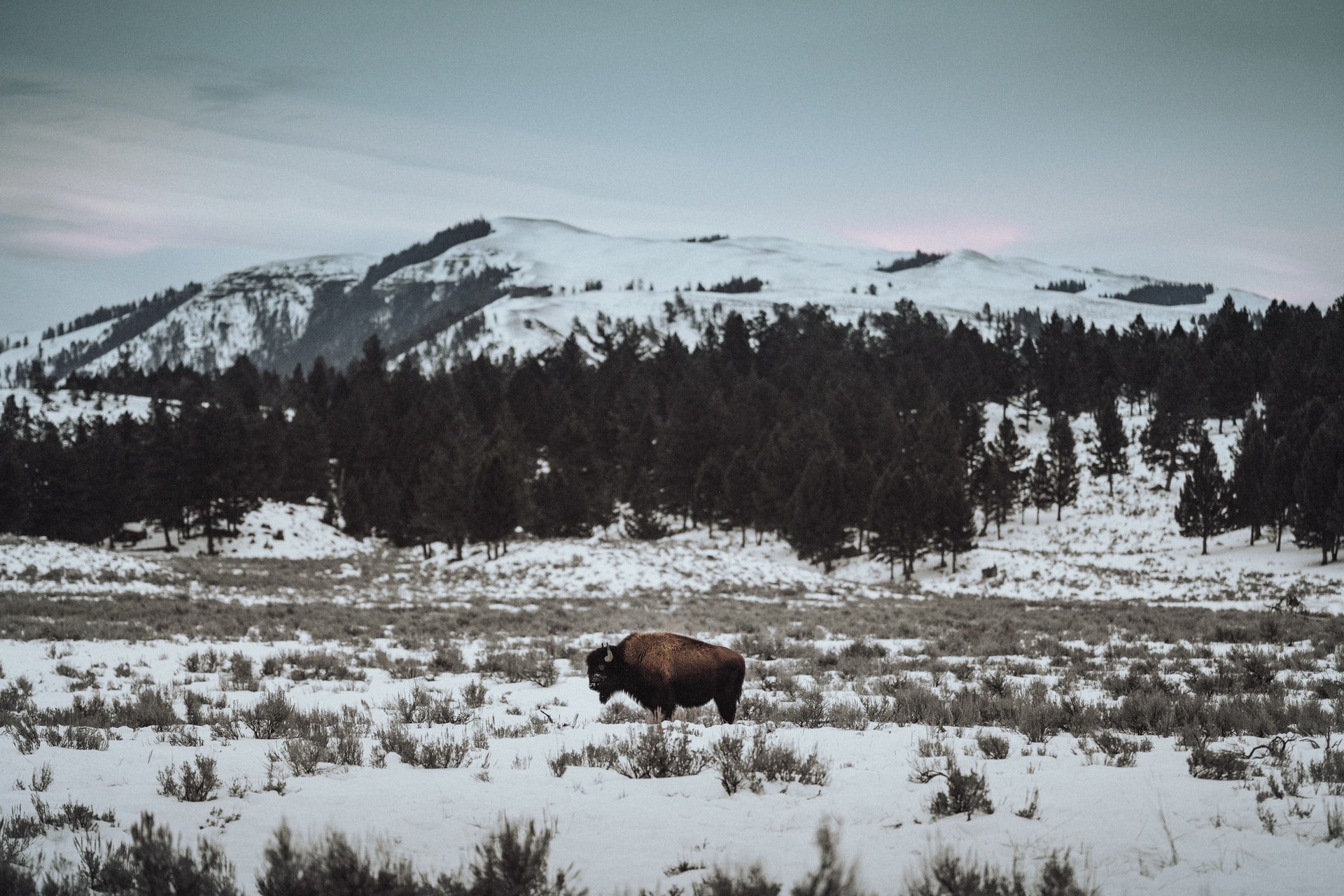 Not everyone is at the same level of spiritual advancement. Some are further ahead than others. Some have reached levels that others never will.

The concept of spiritual advancement, or progress, or maturity is, I think, foreign to many American Christians. It is not a “holier-than-thou” attitude where you thumb your nose at others who aren’t as “good” as you. For that matter, such an attitude suggests that a person is in fact very immature spiritually. No, the reason why it is foreign to a good part of American Christianity, especially the “Evangelical” parts, is because we tend to put a lot of emphasis on converting someone and not so much on the growth process that is supposed to take place after that.

However, there should be spiritual growth that takes place after someone becomes a Christian. One place in the Bible that this is explicitly stated is in Hebrews 5.12-14 where the writer says his audience should already be teachers instead of needing to be instructed again in the “basic principles of the oracles of God.” However, not everyone will experience the same amount of growth. In the explanation of the Parable of the Sower (Matthew 13.23; Mark 4.20) we even see differing amounts of growth. The seed that falls on the good soil produces 100 times, or 60 times, or 30 times as much as was planted. To me this seems to be a fairly clear statement that not everyone is going to achieve the same level of growth or maturity.

It is not bad a thing to be less spiritually advanced or mature than someone else. What really matters is that you are growing and keep growing. Sometimes though, in order to keep growing, you have to make some painful choices and leave things that you desire behind.

The Bible tells us of someone who is confronted with the painful choice of leaving something he desires behind in order to continue to grow spiritually in Matthew 19.16-30. This story also appears in Mark 10.17–30; Luke 18.18–30. I will be focusing primarily on the account in Matthew, but will include some details from the other accounts as I think they are particularly illuminating.

It is a story of man who comes to Jesus (in Mark 10.17 the man kneels before Jesus, showing respect and sincerity with his request) and asks, “What good deed must I do to have eternal life (ζωή)?” The question itself, I think, is rather interesting because this is the first time (it seems) in Matthew’s gospel the phrase “eternal life” shows up; prior to this it is just “life.” So, it seems that the young man is not just asking about “life,” but about something superior to “life.” Almost as if he is conceiving of “life” as something that could end or something that he could run out of. So he is looking for a “life” that does not end or something along those lines. In any case, he recognizes that there something greater out there spiritually for him to attain and he wants to get it.

Jesus’ response is also interesting. He responds with, “If you would enter life…” Not eternal life, like the man asked, just plain life. He almost seems to be knocking down the desires of the man. Jesus seems to be saying, eternal life is too difficult for you to obtain, just focus on entering life, that is within your capabilities. Now, to be sure, attaining eternal life is possible. Immediately following this story in Matthew 19.29-30 Jesus says explicitly that some people will inherit eternal life. So, it is in fact possible for the young man to attain what he is seeking, but Jesus seems to be attempting to temper his expectations.

Because Jesus knows the battles that the young man is facing. Matthew hasn’t yet revealed this fact to us, but Jesus knows that the young man is wealthy and he knows the spiritual battles that the wealthy face. In fact, Jesus’ statement in Matthew 19.23-24 seems to indicate that even keeping the commandments (what Jesus told the man he should do to enter life) is difficult for those who are wealthy since they are the seed that fell among the thorns (Matthew 13.22). Jesus essentially seems to be telling the man: “For you, keeping the commandments will be difficult enough, just worry about that.”

The young man however does not seem to pick up on this and responds by saying that he has kept all the commandments and wants to know: “What do I still lack?” (τί ἔτι ὑστερῶ;). This also is an interesting question due to the possible semantic range of τί and ὑστερῶ. In fact, we could translate his question: “Why do I still fall short (of eternal life)?” In any case, the man recognizes that for some reason or another he does not have eternal life.

There are a couple of things to note about Jesus' response here. First, Jesus does not challenge the young man when he says that he has kept the commandments. He doesn’t challenge him or chide him or rebuke him. Instead, which is the second thing to notice about Jesus' response, is what he actually says to the young man: “If you would be perfect…” (εἰ θέλεις τέλειος εἶναι). In Mark 10.21 and Luke 18.22 Jesus responds with “One thing you still lack…” Essentially Jesus is saying, if you don’t want to be lacking… or, if you want to meet the standard for eternal life and not fall short of it… then you must sell your possessions, give the proceeds to the poor and follow me. Then you will be rich in heaven and have eternal life. Jesus then seems to accept the young man’s statement that he has kept all the commandments as true and essentially sets before him what he must do in order to continue growing.

The young man’s inability to let go of his wealth and possessions is preventing him from growing further. His wealth isn’t keeping him from entering life or from loving God and keeping His commandments, but it is actively fighting against and undermining his efforts. In other words, it is hindering his spiritual progress and it’s a battle that he must fight. If he wants to continue his spiritual progress he needs to leave his wealth and posessions behind, but this is a difficult thing for a rich man.

Now, I want to emphasize that being wealthy is not a bad thing, nor is it opposed to entering the kingdom of God or being a Christian. In fact it could even be a good thing: Luke 8.1-3 talks about several women who supported Jesus’ ministry out of their wealth. The point I am trying to make here is that wealth comes with its own set of spiritual battles that needs to be fought, and for some fighting and winning those battles is difficult enough.

Additionally, I also want to emphasize that literally giving away all your money and possessions is not an advisable course of action today. Society and economies function differently today than they did back then, and if you happen to live a hyper-capitalist country like the US you are setting yourself up for a lot of problems. A better approach is to make sure all your needs are met (e.g. food, clothing, shelter, saving for retirement or college or w/e, etc.) and then be content with what you have.

In closing, I think Eugene Peterson’s summary in The Message seems to capture my thoughts here fairly well:

Another day, a man stopped Jesus and asked, “Teacher, what good thing must I do to get eternal life?”

Jesus said, “Why do you question me about what’s good? God is the One who is good. If you want to enter the life of God, just do what he tells you.”

The man asked, “What in particular?”

Jesus said, “Don’t murder, don’t commit adultery, don’t steal, don’t lie, honor your father and mother, and love your neighbor as you do yourself.”

The young man said, “I’ve done all that. What’s left?”

“If you want to give it all you’ve got,” Jesus replied, “go sell your possessions; give everything to the poor. All your wealth will then be in heaven. Then come follow me.”

That was the last thing the young man expected to hear. And so, crestfallen, he walked away. He was holding on tight to a lot of things, and he couldn’t bear to let go.

Continuous growth is necessary in the Christian life. If you’re not growing you will very soon be dying and leaving the faith. Sometimes we have to make hard choices and give up things we like in order to continue growing. As hard as it might be, we must always and continually choose the path that leads to growth.

Photo by Dave Herring on Unsplash

Tom Ferguson ThM 2018, Dallas Theological Seminary
Next Is the path the leads to life narrow?